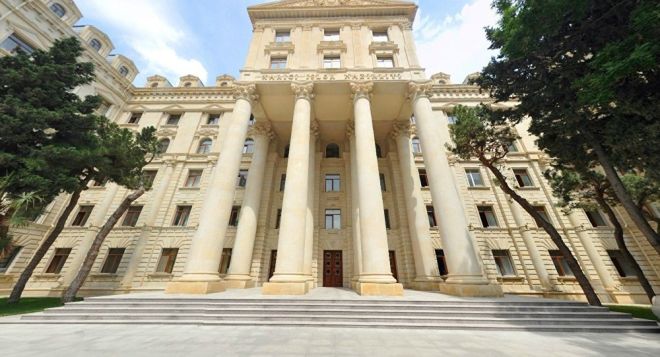 "First of all, we would like to note that Armenia, which has been violating the fundamental principles of international law for almost 30 years, pursuing an aggressive policy and grossly violating the human rights of about one million Azerbaijanis, has recently frequently referred to so-called international law.

Unlike Armenia, Azerbaijan has always respected the principles of international law and has consistently demonstrated this position.

As for the views expressed by the President of the Republic of Azerbaijan in the liberated Zangilan region, we bring to the attention of the Armenian Foreign Ministry that the Azerbaijani President calls to refrain from behavior that does not comply with international law and warns of the dangers of such illegal behavior.

Unfortunately, in the post-conflict phase, there are revanchist forces in Armenia that encourage such dangerous behavior, and the deplorable situation in which the aggressive policy pursued by these forces for nearly 30 years has dragged Armenia is obvious.

The Armenian side must understand that the attempts to implement the behavior of decades ago are nothing but a fantasy. Only a proper assessment of the new realities and new opportunities in the region can lead to the right results, "the statement said.