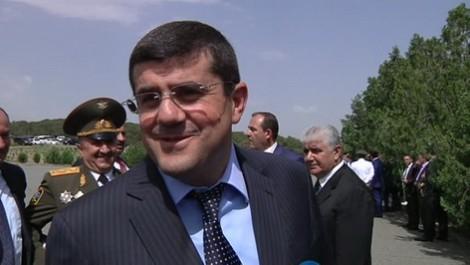 In my opinion, raising the issue of rockets actually aims to make Azerbaijan's head. Here, they are tying our heads, and on the other hand, the leader of the separatist factions, Araik Arutyunyan, is taken to France, presented as the president there, and shown on television.

Axar.az reports that Uzeyir Jafarov, a retired colonel and military expert, told about Iran's gift of missile systems to Armenia.

The colonel emphasized that serious actions are currently being taken against Azerbaijan.

"Iran, Russia, and France manage the processes from the same center and work to create problems for Azerbaijan as much as possible. Unfortunately, in some cases, they succeed. A number of Russian experts also do not openly do the ongoing process, but they do the work of masquerading and putting a pillow under our heads. Although they say something in favor of our country when they speak, it is possible to feel Russian chauvinism in the next sentences. Again, I want to emphasize that Moscow, Tehran, and Paris trio have started active activities against Azerbaijan. Our state should also take serious measures in this regard."