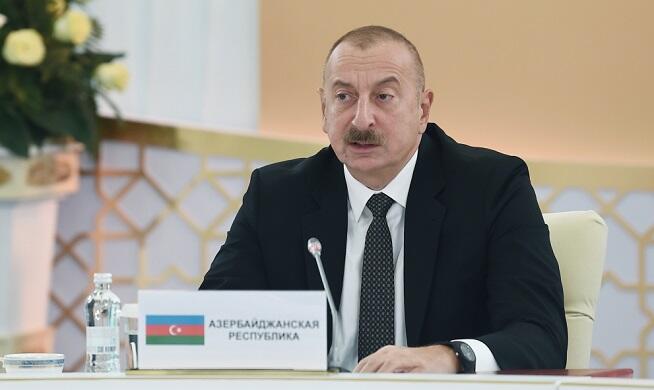 On January 23, US Secretary of State Antony Blinken called the President of the Republic of Azerbaijan Ilham Aliyev.

Axar.az reports that during the conversation, the US Secretary of State expressed his concern about the situation in the Lachin Corridor in the territory of Azerbaijan. Antony Blinken expressed the commitment of the United States to the normalization of relations between Armenia and Azerbaijan and expressed his support for the peace treaty negotiations.

President Ilham Aliyev noted that there are no blockades on the Lachin-Khankendi road and emphasized that since December 12, 2022, about 980 vehicles have been allowed to pass through this road, more than 850 of them belong to the Russian peacekeepers, and more than 120 to the International Red Cross. He said that it belongs to the Cross Committee. At the same time, the President of Azerbaijan emphasized that about 90 patients living in Karabakh and people in need of medical assistance have been taken to Armenia through the International Committee of the Red Cross. President Ilham Aliyev said that all this shows that the Lachin-Khankendi road is not closed by Azerbaijan.

The head of state emphasized that the illegal exploitation of mineral deposits of Azerbaijan in the territories of Azerbaijan where Russian peacekeepers are temporarily stationed should be stopped and the possibility of constant monitoring and inspection of Azerbaijan should be ensured in that territory. The President of Azerbaijan said that mines manufactured by Armenia in 2021 were illegally transported using the Lachin road.

President Ilham Aliyev noted that our country is committed to the peace process and the normalization of relations between Armenia and Azerbaijan. The head of state emphasized that the peace treaty to be signed between Armenia and Azerbaijan should contain only the normalization of bilateral relations based on the norms and principles of international law and the five principles presented by Azerbaijan.

President Ilham Aliyev noted that the rights and security of the civilian Armenian population living in the Karabakh economic zone of Azerbaijan will be ensured on the basis of the Constitution and laws of the Republic of Azerbaijan.

During the phone conversation, opinions were exchanged on issues of mutual interest.