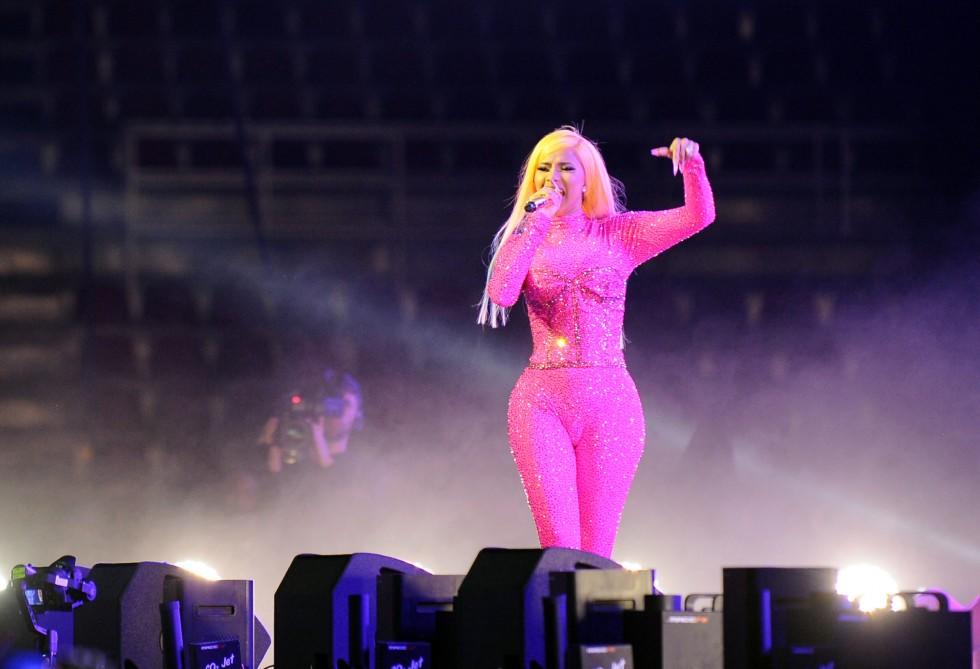 Grammy-winning rapper Cardi B may claim that she doesn’t “need more press”, but the X-rated cover of her new single is undoubtedly giving her some.

Cardi B has once again made international headlines after sharing a series of explicit black-and-white promo shots for her new in-your-face single, “Press”, in which she somewhat aggressively raps about excessive attention from the media.

Glammed up, the provocative rapper posed completely naked and handcuffed while being escorted into a courtroom as she’s being swarmed by a crowd of photographers.

In the refrain, the controversy-sparking star, who won a Grammy award for her album “Invasion of Privacy”, hits back at the media, declaring, “Cardi don’t [sic] need more press”.

In another promo snap, Cardi is seen grinning and holding her cuffed wrists up to her neck, in a reference to female serial killer Aileen Wuornos, whose photo she previously shared on Twitter.