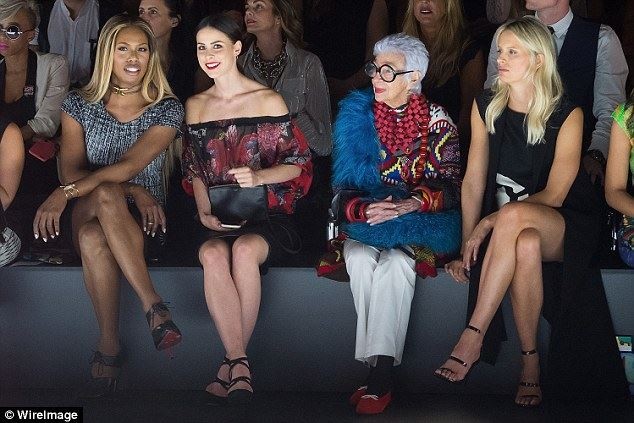 She's in her ninth decade, and has still got it.

At 94, Apfel is the oldest model Blue Illusion has used in a campaign. Apfel is the face of the brand's AW16 campaign, titled Ageless.

Blue Illusion, which opened its first store in Melbourne, Australia in 1998, sells french inspired clothing targeted at women over 40.

The company is currently pushing to expand their presence in the US, where they currently have three store, so scoring Apfel as for the Ageless campaign is a big win.

Apfel, who was a New York style icon for years, only came to worldwide attention in 2005 when the Metropolitan Museum of Art showed an exhibition focusing on her fashion sense titled Rara Avis (Rare Bird).

The 94 year old worked as an interior designer and owned a textile firm for many years with her husband Carl Apfel. Over the years the pair worked on many restoration projects, including at the White House.