Shocking report on Islam: In the end of XXI century... 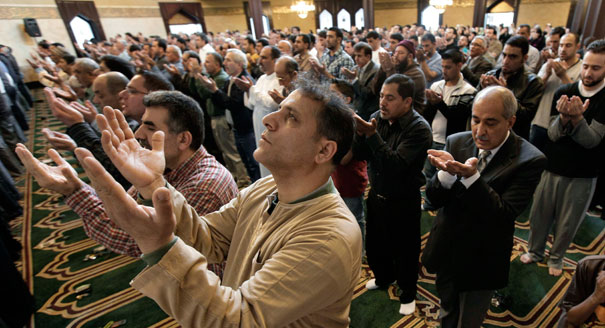 Islam is the world’s fastest growing religion and will overtake Christianity as the world’s largest religion before the end of this century, according to a recent analysis published by the Pew Research Center.

Current projections estimate that by 2050, the world’s Muslim population will have increased by a staggering 73 percent to 2.8 billion, compared to just a 35-percent increase in world’s Christian population.

Europe’s Islamic population is also growing rapidly, with 10 percent of European’s likely to be Muslim by 2050. The growth will likely have been accelerated by recent mass Muslim migration towards the European continent from the Middle East, rubber-stamped by German Chancellor Angela Merkel, who let in over 1 million undocumented migrants into Germany in 2015.

However, given President Donald Trump’s policy towards Islamic immigration, that figure is now unlikely. Since coming into office, Trump has signed an executive order to limit refugee flow from seven war-torn Muslim-majority countries to ensure proper vetting. While that order has generated some controversy, Trump has vowed to rewrite the policy in a new executive order to address legal concerns with the first such order.

Pew describes two key factors in Muslim population growth: the average age of Muslims, who are significantly younger than other religious groups with a median age of 23. The second factor is the fact Muslims have the highest fertility rate in the world, with an average of 3.1 children per woman, well above the replacement level of 2.1, considered the minimum needed to maintain a stable population.

Christians, meanwhile, have a fertility rate significantly lower than Muslims, at 2.7 children per woman, helping to explain the trend toward parity and eventually Muslim numeric dominance.