Armenians damage worth of 265 billion to Azerbaijan 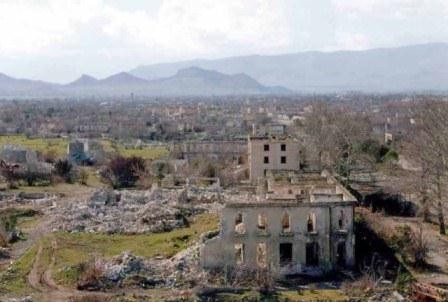 Azerbaijan suffered gross environmental damage of $265 billion as a result of the Armenian aggression, a new book reveals. The book, which is based on documents provided by the Ministry of Ecology and Natural Resources, sheds light on the amount of environmental damage caused by Armenia in the occupied territories of Azerbaijan over 22 years.

Since the beginning of 2014, a special working group of the ministry has collected material about the consequences of the Armenian occupation policy against Azerbaijan. The book presents the factual and substantiated evidence of environmental crimes and barbaric use of natural resources by Armenian aggressors in the occupied territories of Azerbaijan. Azerbaijan’s Cabinet of Ministers on February 26, 2014 established a special working group to assess the damage caused by the occupation of 20 percent of Azerbaijan by Armenia, the destruction of infrastructure and natural resources in the occupied territories.