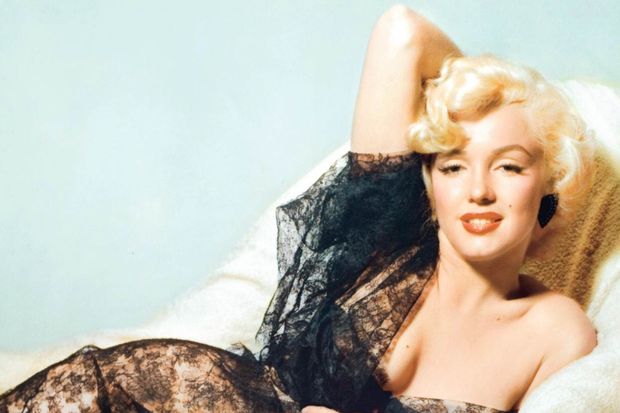 It's hard to imagine that anyone paid much attention to what they ate before Gwyneth Paltrow started providing instructions. But, it appears Hollywood icon Marilyn Monroe was a pioneer of weird celebrity diets long before the days of Goop. As Eater reports in this awesome roundup of MM-approved spots in L.A., Ms. Monroe was basically on the paleo diet before it was cool.

Monroe described her daily diet in detail in a 1952 interview she gave with now-defunct Pageant Magazine. You'll notice the absence of kale and avocados — omissions that would surely rile Ms. Paltrow. Monroe's diet looked like this:

"Breakfast. I've been told that my eating habits are absolutely bizarre, but I don't think so. Before I take my morning shower, I start warming a cup of milk on the hot plate I keep in my hotel room. When it's hot, I break two raw eggs into the milk, whip them up with a fork, and drink them while I'm dressing. I supplement this with a multivitamin pill, and I doubt if any doctor could recommend a more nourishing breakfast for a working girl in a hurry. My dinners at home are startlingly simple. Every night I stop at the market near my hotel and pick up a steak, lamb chops or some liver, which I broil in the electric oven in my room. I usually eat four or five raw carrots with my meat, and that is all. I must be part rabbit; I never get bored with raw carrots.

P.S. It's a good thing, I suppose, that I eat simply during the day, for in recent months I have developed the habit of stopping off at Wil Wright's ice cream parlor for a hot fudge sundae on my way home from my evening drama classes. I'm sure that I couldn't allow myself this indulgence were it not that my normal diet is composed almost totally of protein foods."

Marilyn's dining regimen is all the more interesting when you consider that a standard American meal at the time included disgusting jello casseroles topped with slices of Velveeta cheese. Though she definitely ate her fair share of protein, four or five carrots is well below the generally agreed-upon two to three cups of vegetables per day (not to mention her menu was definitely lacking in leafy greens). And, as recent studies have brought to light, multivitamins and other supplements are not always all they claim to be.

It seems everyone is trying out celebrity diets and writing about them on the internet these days. And, though we've taken our turn at paleo, we're going to politely decline Marilyn's milky-egg mixture in favor of a juice or smoothie.