Army should be ready at any time to prevent enemy provocation 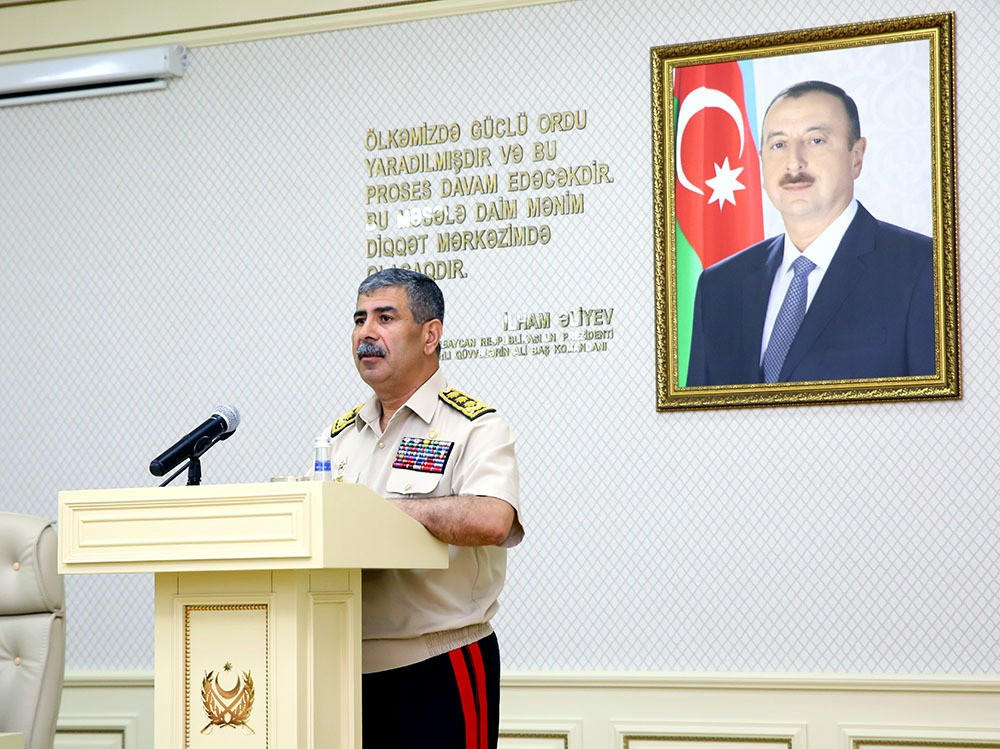 The Ministry of Defense hosted a meeting on the outcomes of the 2018 winter school year with the participation of the Colonel-General Zakir Hasanov and the members of the Board.

Axar.az was informed in the press service of the ministry, the event was attended by deputy ministers of defense, commanders of the army, heads of quarters, departments, independent service and divisions, commanders of unions, heads of special military educational institutions and other officials.

The memory of the national leader Heydar Aliyev and those who died for the territorial integrity of our country was commemorated with a one-minute silence.

Reports were made on the work carried out in the field of army building and on the main directions, the recent reforms, the combat readiness of the troops, the service and other issues were discussed.

The Defense Minister made a report on the outcomes of preparation of the Azerbaijani Army during the winter training period of 2018 and the tasks of the summer school. Highlighting the value and attention paid to the Azerbaijani Army by the President of the Republic of Azerbaijan, Ilham Aliyev, the Minister of Defense also spoke about recent achievements.