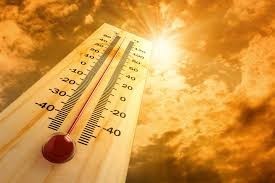 Global surface temperatures could get close to the 1.5 °C-above-preindustrial limit before the Paris climate agreement even comes into effect.

That’s alarming news, considering that the deal aspires to limit global warming to no more than this.

Gavin Schmidt, head of NASA’s Goddard Institute of Space Studies, estimated that the average global temperature in 2016 could range from about 1.1 °C above preindustrial to only slightly below 1.5 °C, based on GISS’s temperature record and its definition of pre-industrial (other records and definitions vary).

Schmidt’s rough estimate, which he posted on Twitter, is based on the extraordinary and unprecedented warming over the past 12 months, during which time global surface temperatures have shot past the 1 °C above pre-industrial level. March is the eleventh month in a row to set a record for being the warmest that a specific month has ever been.

Some reports have suggested the planet has already approached or even briefly broken the 1.5 °C-above-preindustrial mark, based on the record monthly temperatures for February and March, but these claims are based on a misunderstanding.

The planet overall is around 3 °C cooler during the northern hemisphere winter than during its summer. So even though February was 1.35 °C warmer than the 1951 to 1980 average for February according to the NASA GISS record, the planet was still cooler overall in February than it was during the previous July.

If the northern summer months are as anomalously warm as February, the planet will temporarily rise 1.5 °C above pre-industrial for a month or two. But it is the average annual temperature rather than the monthly temperature that really counts.

The UK Met Office’s forecast for 2016 is more conservative, at between 1 and 1.2 °C above pre-industrial, but this forecast was made back in December, before the record warming for the months of January, February and March.