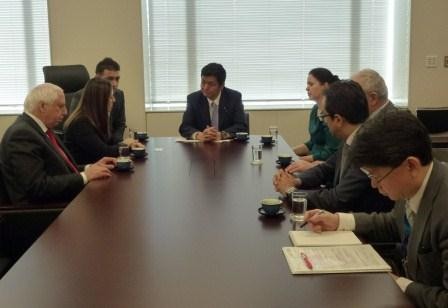 The aim of the visit was to discuss mutual cooperation between the ruling parties of both countries.

The Azerbaijani delegation met Japanese politician of the Liberal Democratic Party, a member of the House of Councillors Nobuo Kishi.

Sevinj Fataliyeva said Azerbaijan was interested in developing overall relations with Japan. The MP said reciprocal visits of parliamentary delegation would serve to development of bonds between Azerbaijan and Japan.

Sevinj Fataliyeva provided an insight into the economic achievements gained by the country across the last years.

Nobuo Kishi said friendship and bilateral beneficial cooperation lie at the heart of both countries` ties. He said there was great potential for further developing bonds between Azerbaijan and Japan.