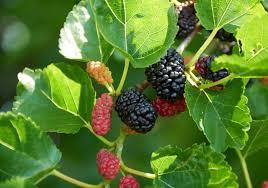 As part of the State Program for Development of Silkworm Breeding and Sericulture in Azerbaijan in 2018-2025, another batch of one million mulberry tree seedlings have been imported from China.

Axar.az reports citing the Ministry of Agriculture of Azerbaijan.

The seedlings will be distributed to 36 districts of Azerbaijan.

The seedlings are divided among the districts according to orders made by them, Deputy Minister of Agriculture of Azerbaijan Ilham Guliyev told reporters.

The mulberry seedlings will be planted in the previously allocated areas of the Azerbaijani districts using Chinese technology and the Chinese experts from will monitor the process, the deputy minister said adding that so far 3.5 million seedlings have been imported to Azerbaijan.

Ilham Guliyev noted that in 2018, 514 tons of raw silk cocoons were produced, and added that the supply of new seedlings will allow to increase the harvest in 2019.

According to the negotiations held with China,this year it is planned to bring 20,000 silkworm boxes to Azerbaijan. Both seedlings and silkworms will be provided to farmers for free.

The deputy minister stressed that that thanks to the state support to cocoon breeding and sericulture, farmers, without getting distracted from their main job, receive sufficient additional income.