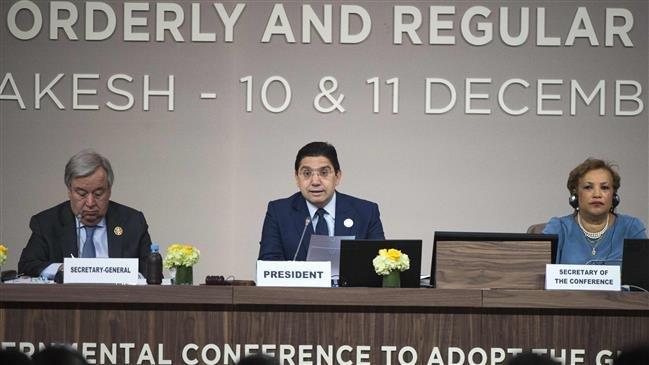 The first United Nations (UN) global pact on migration has been formally adopted during an intergovernmental conference in the Moroccan city of Marrakesh, despite a series of withdrawals from the procedure leading to the pact driven by anti-immigrant populism.

More than 160 countries agreed on the non-binding Global Compact for Safe, Orderly and Regular Migration — the first global document on managing migration — on Monday at the start of the two-day conference.

The document outlines 23 objectives to open up legal migration and discourage illegal border crossings, as the number of people on the move globally has increased to over 250 million.

The United States and at least 16 other nations have either withdrawn from the negotiations that had been ongoing over the pact for some time or expressed concerns about it, with some claiming that the agreement violated national sovereignty.