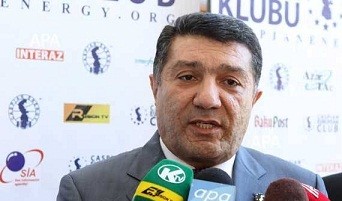 Illegal migration to Azerbaijan has declined dramatically as a result of drastic measures taken in recent times, head of the State Migration Service Firudin Nabiyev said on Wednesday.

According to Nabiyev, three organized groups have been detained over the last two months for violating the country’s law on migration.


“Those behind these organized groups have been identified and deported out of the country. They had sought to invite Bangladeshi and Pakistani citizens to Azerbaijan and then send them to European countries. About 75 persons have been detained,” he said.


While in 2012 there’d been found offences relating to migrant workers in 633 companies, said Nabiyev, in 2015 similar offences were discovered in 153 companies.


“Entrepreneurs and businessmen fully abide by the law,” he said.