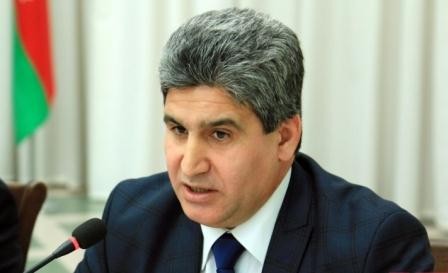 The bodies of Azerbaijani servicemen, died during the war on the contact line of the Armenian and Azerbaijani troops in early April, remained in the territory being under Armenian control. Then, urgent measures were taken with international organizations to recover the bodies of dead servicemen from those territories. Armenia violated ceasefire and tried to take secret footage during the recovery of servicemen’s bodies.

Eldar Samadov, the deputy head of the working group of Azerbaijan's State Commission on prisoners of war, hostages and missing persons made the remarks Friday. He noted that Armenia is using the method of psychological pressure hiding the bodies of servicemen died on the contact line of troops.

“For example, Armenians hided the bodies of Azerbaijani servicemen Mubariz Ibrahimov and Farid Ahmadov heroically died on the contact line of the troops in 2010 for a long time,” he added.