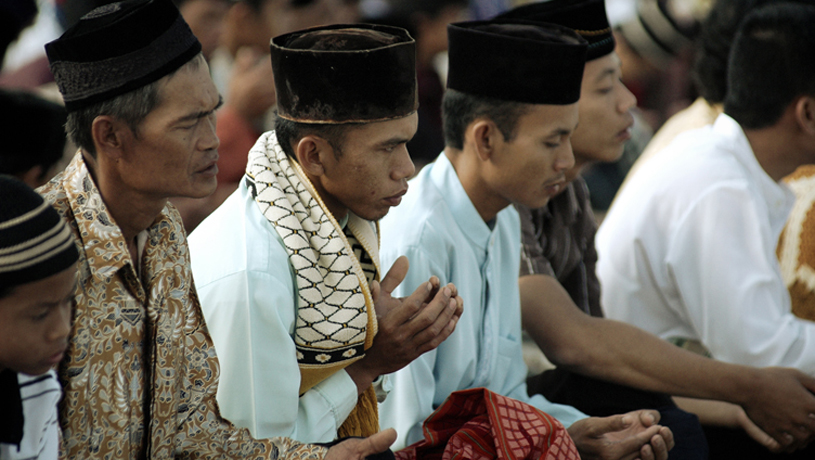 Muslims in Indonesia marked the first day of the Eid al-Adha, a four day Muslim religious holiday, on Sunday.

In the central Jakarta, people started to gather in the Istiqlal Mosque at 6.30 a.m. (1130GMT Saturday) to perform Eid prayer.

The crowd caused traffic jams in the streets around the mosque in the capital.

People who did not get parking spaces parked their vehicles in a Cathedral Church located in front of the Istiqlal Mosque.

Not only the worshipers, some street vendors also gathered around the mosque, selling kids toys, accessories, and plastic bags.

After the prayer, the president handed over his sacrificial cow to the local committee.