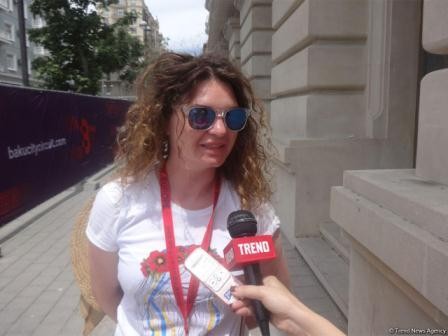 Irina Kostyuchek, a tourist who arrived in Azerbaijan from Kyiv, Ukraine, to watch the 2016 Formula 1 Grand Prix of Europe, told on June 17 that Baku is a very beautiful city, and she got a great experience from visiting it.

“The people here are friendly and helpful,” Kostyuchek said. “My friends and I have already tried Azerbaijani cuisine.You have a very tasty cuisine. We plan to go to beaches, cycle along the boulevard. We think we’ll visit Baku again soon.”