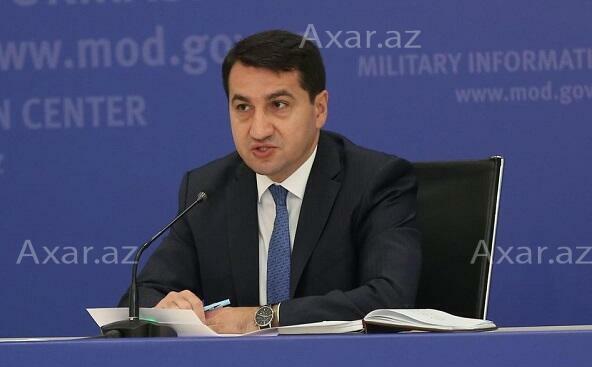 The people in Armenia who ordered the missile strikes on Azerbaijani Ganja city are responsible for the war crimes, Head of the Foreign Affairs Policy Department of the Azerbaijani Presidential Administration Hikmat Hajiyev said during the visit to Azerbaijan’s Ganja city.

Axar.az reports that the statement came from Hikmat Hajiyev.

"On October 11, 2020, Scud missiles were fired from the territory of Armenia at the city of Ganja. Several ready-to-launch Scud missiles were neutralized. One of the Armenian officials stated that their goal was to prevent even archaeologists from finding Ganja. Those people in Armenia who gave the order to launch missile strikes on Ganja are responsible for war crimes," he said.