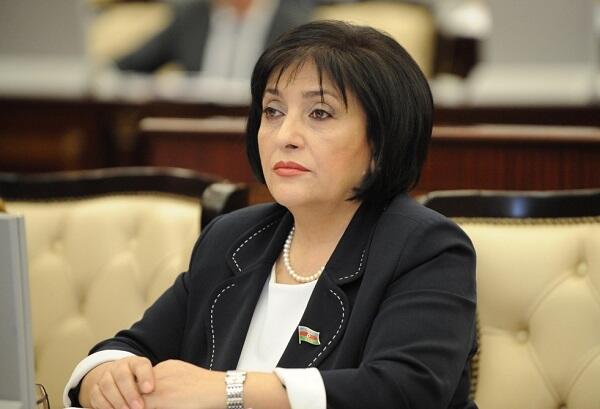 During her official visit to Italy, Speaker of the Milli Majlis Sahiba Gafarova met with Secretary of State of the Italian Ministry of Foreign Affairs and International Cooperation, Co-Chair of the Joint Intergovernmental Commission on Economic Cooperation between Azerbaijan and Italy Manlio Di Stefano.

Axar.az reports that this was reported by the Press and Public Relations Department of the Milli Majlis.

Welcoming the Azerbaijani delegation, Manlio Di Stefano expressed hope that the official visit to Italy would be successful. Recalling with satisfaction his recent visit to Azerbaijan, Di Stefano said he left the country with good impressions.

Thanking for the cordial meeting, Speaker of the Milli Majlis Sahiba Gafarova said the official visit took place at the invitation of Italian Senate Speaker Maria Elisabetta Alberti Casellatti, noting the high level of relations between Azerbaijan and Italy. He said that the official visits of Italian President Sergio Mattarella to Azerbaijan in 2018 and Azerbaijani President Ilham Aliyev to Italy in 2020 have made a great contribution to the development of relations.

Touching upon the development of cultural ties, Sahiba Gafarova highlighted the projects implemented by First Vice President of Azerbaijan Mehriban Aliyeva in Italy as President of the Heydar Aliyev Foundation, Goodwill Ambassador of ICESCO and UNESCO. It was noted that such projects serve to further deepen relations between our countries and peoples.

Then the Speaker of the Milli Majlis informed about the 44-day war and the conflict that has already ended. It was noted that currently Azerbaijan has begun large-scale construction work in the liberated territories. Touching upon the unconstructive position of Armenia after the end of the conflict, the President said that Armenia does not provide a map of the mined areas, thus delaying the restoration of the territories and the return of IDPs to their lands. At the same time, Armenia is trying to label terrorists detained after the conflict as "prisoners of war" by spreading untrue information. The Speaker of the Milli Majlis stressed that Azerbaijan is a supporter of peace and wants all people in the region to live in peace.