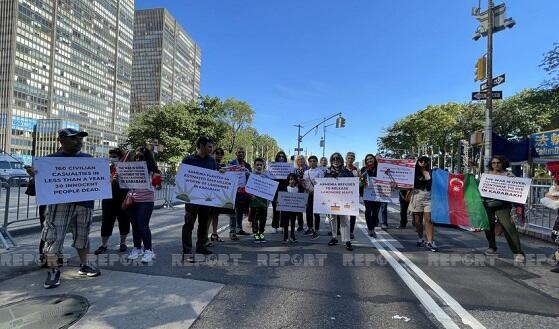 Our compatriots living in New York are holding a protest in front of the UN headquarters on the island of Manhattan.

Axar.az reports the purpose of the action was to commemorate the martyrs of the 44-day Patriotic War, which began on September 27, and the silence of the UN on Armenia's refusal to hand over mine maps to Azerbaijan. to the attention of leaders and diplomats.

The protesters are demanding that the UN take tough measures against the aggressor Armenia, which ignores the resolutions.

The action will last for two hours.