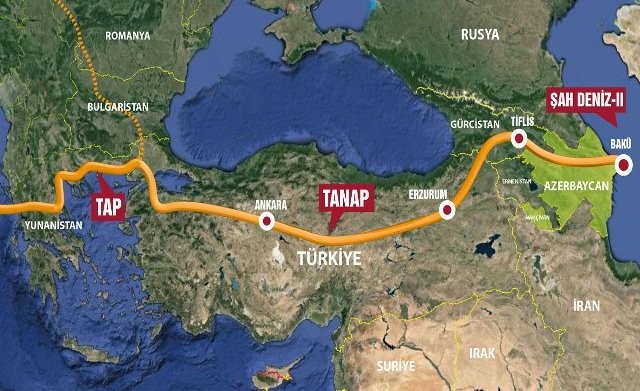 US, Great Britain and Turkey announced they support the Southern Gas Corridor.

The US Secretary of State's Special Envoy for International Energy Affairs Amos Hochstein said this project plays an important role in European energy security. He spoke about existing difficulties in energy security and ways to eliminate them. He said the US will continue to support the Southern Gas Corridor.

Edmund Hosker, Director General for International Energy Issues of the UK Energy and Climate Change Department, delivered his congratulations to Azerbaijani government for organizing this event. Hosker spoke about successful cooperation between the UK and Azerbaijan, noting that his country supports the Southern Gas Corridor.

Berat Albayrak, Turkish Minister of Energy and Natural Resources, spoke about the TANAP, stressing that Turkey will continue its political, economic and technical support in TANAP realization, a significant part of the Southern Gas Corridor.