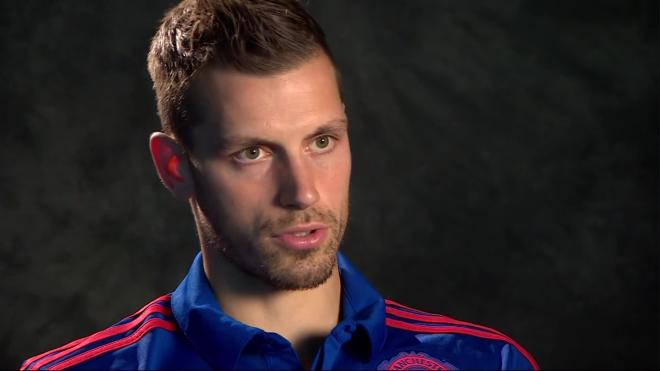 Everton have reached an agreement to sign Morgan Schneiderlin from Manchester United in a deal worth £22m.

Axar.az reports citing to Sky Sports that, Schneiderlin is expected to undergo a medical this week and will be reunited with his former manager Ronald Koeman, under whom he flourished while the pair were together at Southampton.

The France international was brought to United by Louis van Gaal in a £24m deal in the summer of 2015 but has failed to win favour since Jose Mourinho took over last summer.

It is understood the fee could rise to £24m with add-ons.

Speaking after the 2-0 EFL Cup semi-final first leg win over Hull City on Tuesday, Mourinho said: "(Executive vice-chairman) Ed Woodward informed me that the situation is close. Morgan is more than probably going to Everton.

"I am sad and happy, sad because I like him and he could be an option for us, happy because this is what he wants, to play every game and be important in the team."

Last month, Mourinho confirmed he would not stand in Schneiderlin's way if he wished to leave in search of first-team football and United received an offer that matched their valuation of the 27-year-old.

When asked about Schneiderlin, Mourinho had said: "Great professional. Fantastic boy, very honest, very open and he opened his heart a couple of times and my answer is simple: if he's playing regular with me I have the right to say no way, if he's not playing regular I have no right to tell a player that if he wants to be happy you're going nowhere.

"So my answer was if the offer is right and our board thinks the offer is a good offer in relation to a very good player like Morgan I would not stop him to go."

The news will come as a blow to West Brom, who had also bid for Schneiderlin, while Everton have also been credited with a continued interest in United's Memphis Depay.