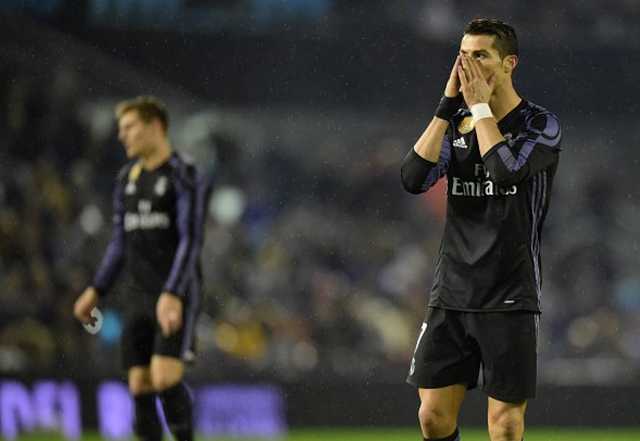 Celta Vigo stunned La Liga leaders Real Madrid to reach the semi-finals of the Copa del Rey with a 2-2 draw, 4-3 on aggregate.

The hosts went ahead on the stroke of half-time when away defender Danilo converted the ball into his own net.

Cristiano Ronaldo got the visitors back into the tie with a brilliant free-kick, before Daniel Wass drilled in a low finish for Celta.

Lucas Vazquez headed in Real's second but it was not enough.

Zinedine Zidane's side saw their 40-match unbeaten run brought to an end by Sevilla earlier in January. They have now won just once in their past five games in all competitions.

"We played a good match but in the end it wasn't possible to advance,'' said Zidane. "We are disappointed, but we have to keep working and focus on the competitions we can still win."

Real have also failed to reach the last four of the competition for the past three years, following defeat by Atletico Madrid in the last 16 in 2015 and being expelled for fielding an ineligible player last year.