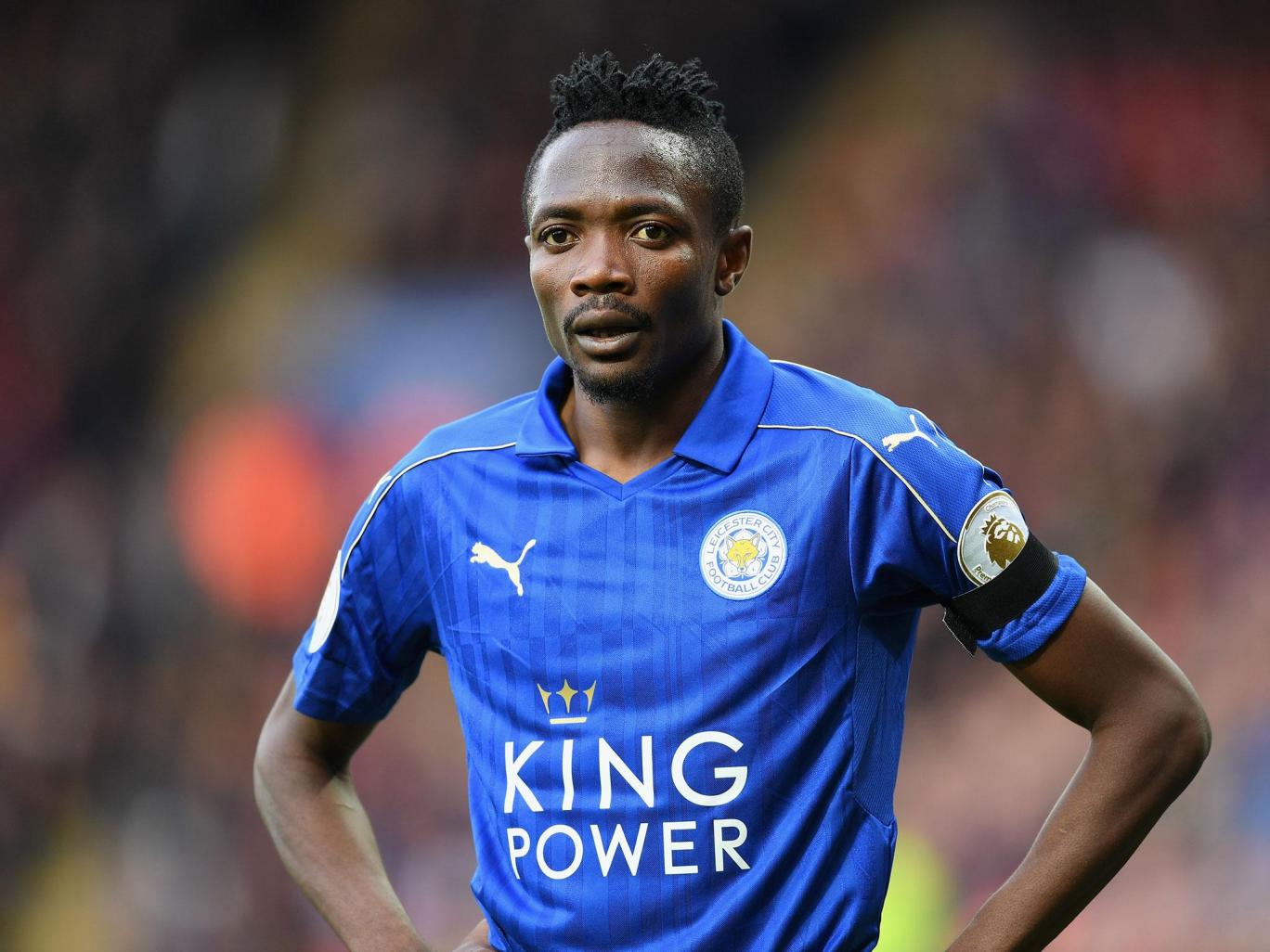 Leicester City midfielder Ahmed Musa has been arrested on suspicion of attacking his wife after police were called to his home on Tuesday night, just hours after the club’s 2-0 victory over Sunderland.

Musa, 24, from Nigeria, was not included in the matchday squad for Tuesday night’s match, though he was not at home when police arrived at his Countesthorpe residence in Leicestershire shortly after the game at the King Power Stadium finished.

After receiving an allegation of domestic abuse against the Nigeria international, police spoke to neighbours about the Leicester City player, before he returned home later that night.

Two plain-clothed policewoman then arrested Musa around 1am on Wednesday morning and taken for questioned after being accused of beating his wife, Jamila, but was released without charge.

A Leicestershire Police spokesman said: “A 24-year-old man was arrested yesterday morning at his home address near Leicester on suspicion of common assault.”

Leicester City said that they were aware of the investigation, but confirmed that they will not be taking action against the player after the matter was closed.

Musa took to Instragram on Wednesday to wish his wife, Jamila, a happy birthday, and did not make reference to his arrest.Musa is Leicester’s club-record signing after joining last summer from Russian Premier League side CSKA Moscow. The 60-cap Nigeria international, who earns a reported £60,000-a-week, has fallen out of favour with new Leicester manager Craig Shakespeare following his promotion after Claudio Ranieri was sacked in February.

Musa has made 30 appearances in all competitions this season, scoring four times, but the forward has not played since the 3-2 victory over West Ham on 18 March and hasn’t started a Premier League match since the 3-0 defeat by Manchester United on 5 February when he was replaced at half-time.