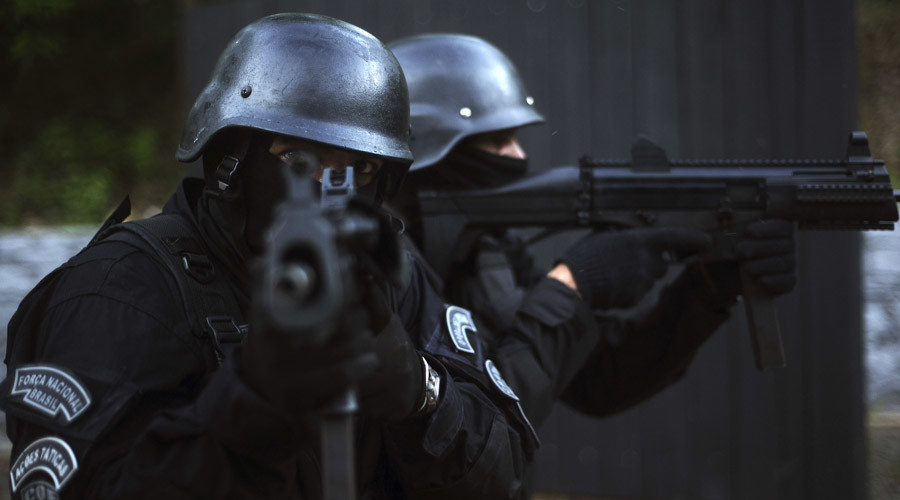 A Bazilian footballer was arrested during a match as he sat on the substitutes’ bench.

Sapucaiense striker Marlon Nathanael Alexandre Lima is accused of being part of a gang of who abducted a person at a shopping mall and went on a shopping spree with the credit card.

Marlon, 21, was arrested on Wednesday afternoon during a match in the second division of a Rio Grande do Sul state match.

The match in Porto Alegre, around 930 miles south west of Rio de Janiero, had kicked off when police made their move – officers surrounded the bench where Marlon sat 15 minutes into the game.

Local police commissioner Cesar Carrion said: “He was under investigation by our authorities for the kidnapping of a person inside of a shopping centre, who was being held while they used this person’s credit card to make purchases.

“The arrest took place quietly inside the stadium, the club have no connection with the crimes, and even the directors collaborated with the police at the time of the arrest.”

Six other people have been arrested in connection with the kidnapping.

During the course of the investigation, police found that Marlon had three other arrest warrants out – one of which is also a case of extortion by kidnapping.

He had also been arrested last year for being in possession of a vehicle that had been reported as stolen.

Marlon has denied all charges.