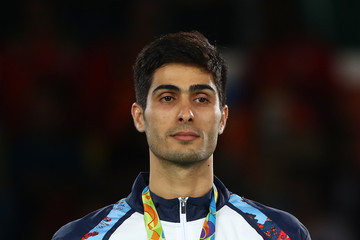 26-year-old athlete defeated in the finals the Russian Anton Kotkov with a score of 21: 3.

After winning the gold of the Baku 2015 the European Games and the European Championship in 2016, Harchegani won the title of world champion.