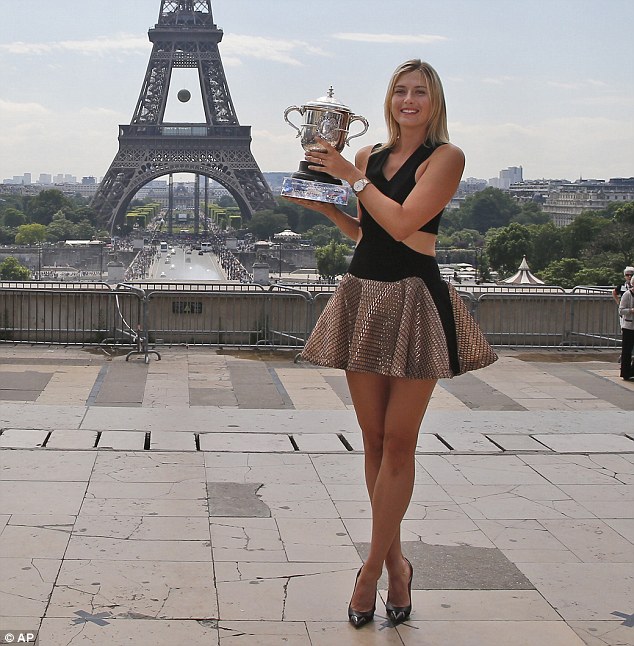 Russian tennis star Maria Sharapova told that it was still too early to think about taking place in the Russian roster for the 2020 Summer Olympic Games in Japan’s Tokyo.

Shamil Tarpishchev, the president of the Russian Tennis Federation (RTF) earlier told media that Sharapova was capable of winning the 2020 Olympics.

"I have no such long-term plans yet as I was simply not thinking about it," Sharapova said in an interview with TASS. "As of now, I am focused on the tournament in Stuttgart and on my comeback. It is a big question of what will be in Tokyo and whether I will be playing there. I have not discussed this issue with anyone yet."

Sharapova is set to make her comeback following a doping suspension this year on April 26 at the tennis tournament in Stuttgart.

"I would really love to play [at the 2020 Olympics] if my physical condition permits it," she said. "However, I do not know how my body would react and what is coming next in my life. This is why it is still early for raising the issue of whether I would be playing for the national team."

The tennis player has been serving a two-year suspension for the violation of anti-doping regulations since January 26 last year. However, the Swiss-based Court of Arbitration for Sport ruled on October 4, 2016, to reduce her suspension term from 24 to 15 months. Sharapova is officially eligible to make her comeback on April 26 this year.

Last March, Sharapova announced that her doping tests revealed the presence of banned performance enhancing drug meldonium in the body system. Following the announcement, former World’s No. 1 was provisionally suspended from all tennis-related activities, including from the 2016 Summer Olympics in Brazil.

"It was very difficult for me to see everyone competing at the Olympics, while I was unable to be playing there," she said. "I did not pay much attention to the fact that I was skipping Grand Slam series and other tournaments."

Asked whether she was thinking of wrapping up with her sports career, the 29-year-old tennis star said: "I used to think about it."

"Last year I had a sore wrist, I was constantly consulting with doctors and I was even unable to play for the national team, although I arrived in Moscow," Sharapova said. "It was difficult from the psychological stance and I faced the moment when I began asking myself questions about how long my body would endure."

Sharapova also said that she had no plans getting involved in coaching work after she wraps up with her sports career.

"I do not think that I will be working as a coach," Sharapova said. "As you may well know, I run my own business and it skyrocketed over the recent years."

"I am greatly interested in it [business], but I simply had no time for it in the past," the 29-year-old tennis player said. "I will have no problems with finding time after I wrap up my with my [tennis] career."

Sharapova is Russia’s most famous tennis player having won a total of five Grand Slam tournaments, namely Australian Open in 2008, French Open in 2012 and 2014, Wimbledon in 2004 and US Open in 2006.

She is also a silver medal winner of the 2012 Summer Olympics in London and the 2008 Federations Cup champion.