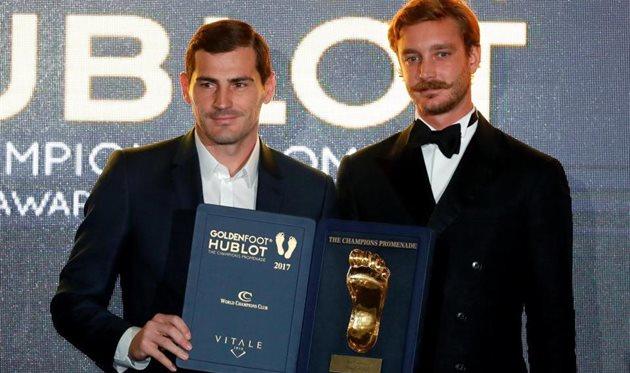 Axar.az reports that Porto goalkeeper Iker Casillas has been presented with the 2017 Golden Foot award at a ceremony at the Hotel de Paris in Monaco.

The award, which is designed to recognise the long-standing achievements of players in terms of both their skills and personality, has been presented since 2003, when Roberto Baggio, then of Brescia, picked up the prize.

Winners, who must be at least 28 and still playing, have the honour of leaving a permanent footprint - or in Casillas' case handprint - on Monaco’s ‘Champions Promenade’ along the seafront.