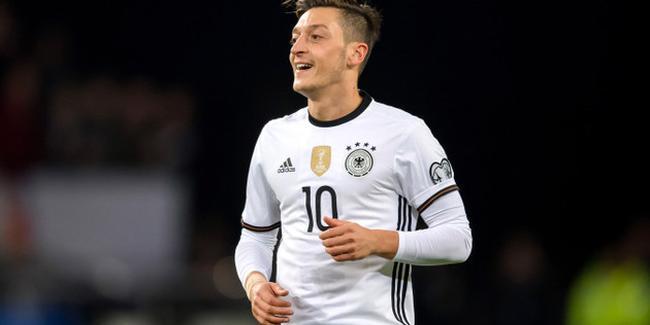 Barcelona has reportedly reached an agreement with Arsenal’s Mesut Ozil over a three-and-a-half year deal.

Axar.az reports citing Express news that, Arsenal has been unable to agree to a contract renewal with Ozil and the German has now entered the final year.

In January, Ozil can sign a pre-contract agreement with another club to join them in the summer. But it appears the 29-year-old could leave in the new year.

Manchester United have been linked with signing Ozil, in a deal which would reunite him and Jose Mourinho.

However, Barcelona has stolen a march on their rivals by holding talks with Ozil’s representatives.

And Catalan reporter Quique Guasch told Spanish outlet Catalunya Radio that Ozil had agreed a three-and-a-half year contract and is expected to cost around £17.8million.

Ozil’s eligibility to play in the Champions League is understood to be a major factor in Barcelona’s desire to sign one of Europe’s top creative talents.

Losing Ozil would represent a significant blow for Arsenal and Arsene Wenger.

On Saturday, Wenger had insisted Ozil and fellow contract rebel Alexis Sanchez wanted to stay at the Emirates.

He said: “I know them well and I know when these guys go on the pitch they want to win the game and they have shown that commitment again today.

“I never questioned their commitment. They can have bad games but the problem is when the player goes to the end of his contract, everyone says: ‘Of course.’ Their interest is to play anyway.