Final of Azerbaijani Cup can be held in Baku 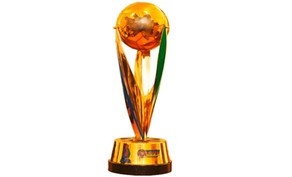 Azerbaijan football cup final can be held in Baku.

It was told by the President of Professional Football League (PFL), Ramin Musayev.

"If Ganja stadium will not be suitable the game will be held in Baku. The game can be held in Olympic Stadium or in Dalga Arena", R. Musayev said.

The final game will be held on May 26.

"Karabakh", "Gabala", "Inter" and "Neftchi" are competing for the final game.