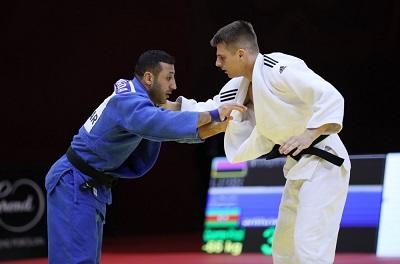 Shikhalizade will lock horns with Moldovan Denis Vieru in the gold medal bout.

The three-day tournament brings together 449 judokas from 57 countries.