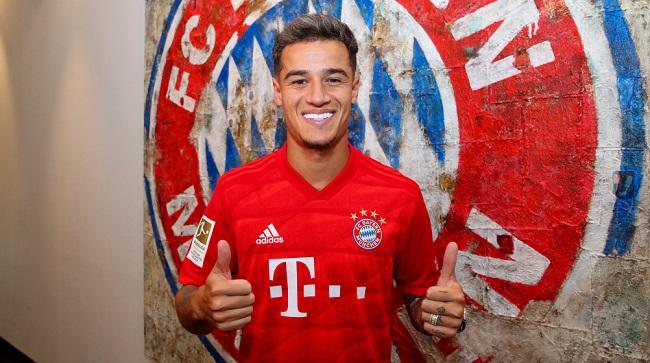 Axar.az reports citing Goal.com Bayern players Joshua Kimmich and Robert Lewandowski had been calling for high-profile reinforcements, with the latter questioning the quality of Bayern's substitutes after the team's German Super Cup loss in Dortmund.

The Bavarian club agreed to pay his wages and a fee of 8.5 million euros ($9.4 million) to Barcelona for the season.