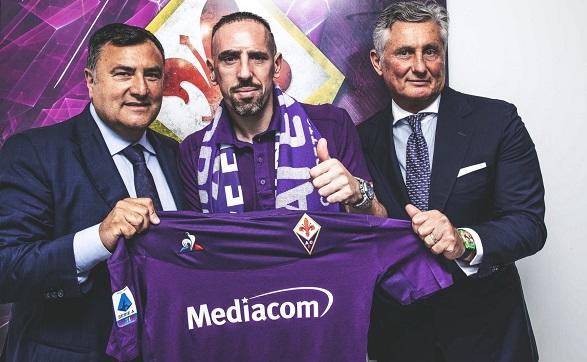 Franck Ribéry has joined Fiorentina on a free transfer, after leaving Bayern Munich at the end of last season.

Axar.az reports citing TheGuardian that the Serie A side confirmed the French winger’s arrival on their official website, adding that Ribéry will be presented at a press conference on Thursday, before his official unveiling at the Stadio Artemio Franchi that evening.

Kevin-Prince Boateng, who joined Fiorentina from Sassuolo this summer after his loan spell at Barcelona ended, tweeted a picture of himself with Ribéry, captioned “he is here … welcome mon frere”.

Ribéry spent 12 years at Bayern Munich after joining from Marseille in 2007 and won nine Bundesliga titles, six German Cups and the Champions League in 2013. The winger has 81 France caps, scoring 16 international goals.