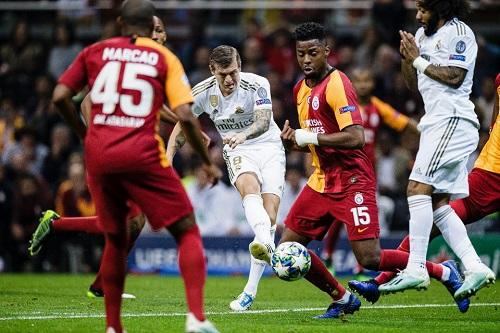 Galatasaray eliminated from Champions League after being hammered at Santiago Bernabeu Stadium.

Galatasaray maintained their poor performance and was beaten 6-0 by the Spanish giants in a Group A match at the Santiago Bernabeu Stadium. Two early goals by Rodrygo along with goals by Sergio Ramos and Karim Benzema made it 4-0 in the first half. Rodrygo and Benzema scored again in the second half and the match ended 6-0.

In another Group A match, Paris Saint-Germain defeated Club Brugge 1-0 at home.

The French club remained in the top spot in the table with 12 points with the Belgian team in third place with two points.