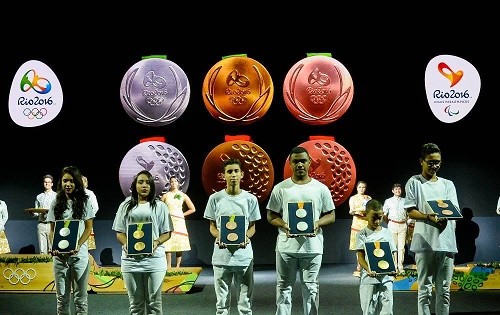 With 52 days until the world’s best athletes go into battle in the Olympic Games, Rio 2016 and the Brazilian Mint have unveiled the medals they will be competing with each other to win.

Bearing a design that celebrates the relationship between the strengths of Olympic heroes and the forces of nature, the 500g gold, silver and bronze medals have been made with sustainability at their heart. The athletes who top the podium in Rio will receive medals made from gold that has been extracted without the use of mercury and which was produced according to strict sustainability criteria, from the initial mining all the way through to the design of the end product.