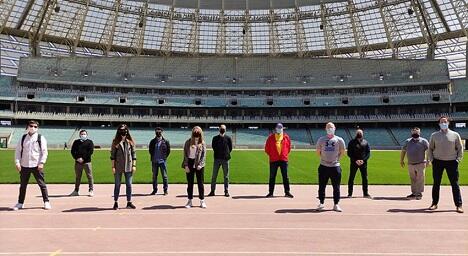 An eight-member delegation of the Welsh national team, which will play two group matches in the finals of Euro 2020 at the Baku Olympic Stadium, has arrived in Baku on a working visit.

Axar.az reports that according to the official website of AFFA, detailed discussions were held on organizational issues during the two-day visit. The Welsh guests inspected the training grounds and the hotel where the team will stay, as well as visited SOCAR's Baku Olympic Stadium.

The Welsh national team will face Switzerland in Group A of Euro 2020 on June 12 and Turkey on June 16. Both games will be held at the Baku Olympic Stadium.