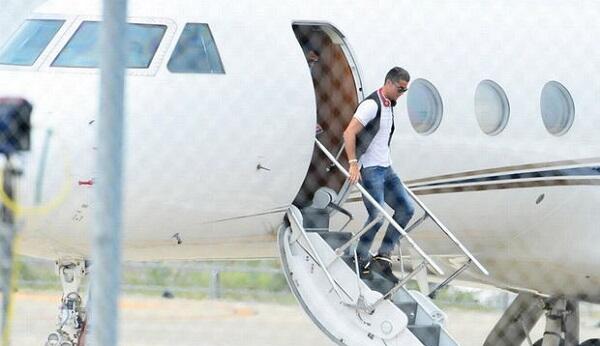 Axar.az reports that the reason for this was the scandal created by the football player's bodyguard.

According to the report, the security guard did not like being checked for too long while passing through the metal detector. After that, he started cursing and gesticulating. As a result, airport security called the police. This caused the plane to take off half an hour late.