Two of our boxers won gold medals in Serbia 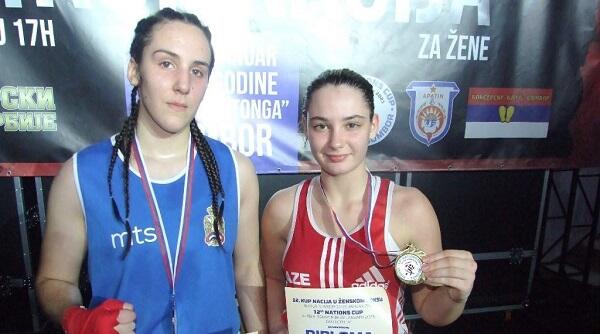 2 Azerbaijani boxers won gold medals in the Cup of Nations.

Axar.az was informed about this by the Azerbaijan Boxing Federation.

The Cup of Nations between girls and women boxers continues in Sombor, Serbia. The final battles started on the fifth day of the competition.

In the decisive matches, 2 athletes of the Azerbaijan national team entered the ring first. Banuchichek Nasirli (46 kg), who defeated Patricia Petrima from Hungary in the semifinals of the fight of young boxers, faced her compatriot Roksana Talpas in the next match. In the final, our representative won the gold medal after defeating his opponent with a score of 5:0 (29:28, 29:28, 29:28, 29:28, 29:28).

As a result, the number of awards won by our national team reached 8.