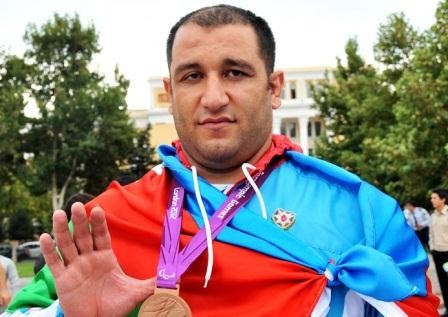 İlham Zakiyev was born in Sumgait on 3 March 1980.

He began studying judo in 11 years-old. In 1998, when he was 18, he went to serve in the army in village of Fizuli district. He served on the frontline of the conflict zone. On February 4 of 1999, during a combat mission, he was wounded to the head by a bullet of the Armenian sniper. The bullet passed through the entire head, entering from the left and going to the right temple.


As a result, Ilham has completely lost his eyesight. After a long rehabilitation he returned to the sport but as a Paralympic. He is 2 times Paralympic Games Champion, 2-time world champion and 5-time European champion and the holder of a 6 black belts. He is married and has two sons. In 2008, he received the “Order of Glory” for his great services in development of the Azerbaijani sport.