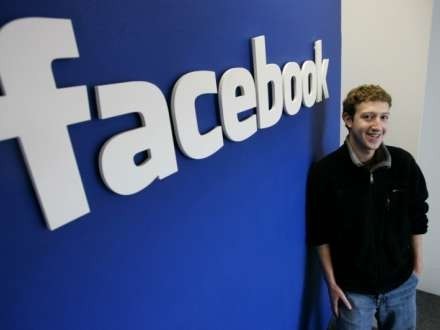 Mark Zuckerberg is now the sixth richest person in the world with fortune that Forbes estimates is $51.7 billion, surpassing Oracle Chairman Larry Ellison by nearly $2 billion as of 6:30 p.m. Eastern time.

On Wednesday, Facebook stock jumped nearly 10% in after-hours trading, after the company announced that its revenue and earnings had beat analysts’ expectations again for the first quarter of 2016, following a record fourth quarter. Revenue for the first quarter was $5.38 billion, above the $5.26 billion analysts predicted, with mobile advertising continuing to drive overall revenue. Facebook’s net income was $1.51 billion, up 195% from last year’s first quarter.

Zuckerberg, Ellison and Amazon CEO Jeff Bezos are all solidly in the ranks of the world’s top ten richest people, but have switched between fifth, sixth and seventh place this year as their companies’ stocks have risen and fallen. These three billionaires, who hold the majority of their fortunes in their respective company’s stock, can gain or lose billions of dollars in just minutes of after-hours trading after quarterly earnings reports. That’s often enough to unseat another billionaire, as Zuckerberg did today, regaining his spot as the world’s sixth richest person. He’s less than $2 billion behind Bezos, who holds the spot as the world’s fifth richest person. Forbes updates all billionaire net worths throughout trading hours daily in our Forbes Real Time Rankings.

At age 31, Zuckerberg is the youngest of the world’s ten richest people. He first appeared on Forbes’ ranking of the 400 richest Americans in September 2008 with a net worth of $1.5 billion, when Facebook was still a private company. Since its IPO in May 2012, Facebook stock has risen more than 180%, making Zuckerberg the fourth richest person in the United States today.

In December 2015, Zuckerberg pledged to donate 99% of his Facebook stock over the course of his lifetime to a charitable LLC called the Chan-Zuckerberg Initiative. In addition to earnings, Facebook announced in a filing on Wednesday that its board of directors had approved a new class of non-voting Class C capital stock.

Facebook could issue two shares of Class C stock for each outstanding Class A and Class B share, in a three-for-one stock split, pending approval at Facebook’s shareholder meeting in June. This split could allow Zuckerberg to donate shares to his LLC without giving up voting control of his company.