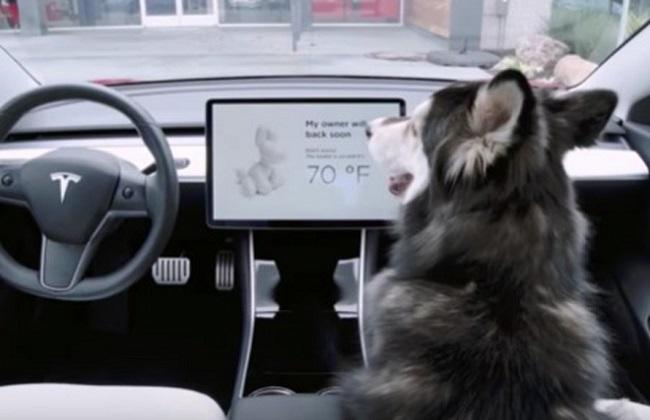 That’s my car!” shouted Ross Hunt as he sprinted toward a policeman standing near his Tesla Model.

Mr. Hunt had left his toy poodle, Loki, in the car on a hot day. A small crowd had gathered. But he wasn’t worried about his dog: He thought they were about to smash the car window. Endangering the health of a pet by locking it in the car on a hot, or cold, day in the U.S. is illegal in at least 28 states. Even so, last year, 58 pets died in cars, reports People for the Ethical Treatment of Animals (PETA). Mr. Hunt, of Dublin, was charged with violating Ireland’s Animal, Health and Welfare Act.

Loki enjoyed a comfortable 68 degrees F. and the judge dismissed the charges. But electric and hybrid car owners say this happens a lot.

The compassion and vigilance of so many people are reassuring. In Dog Mode, the 17-inch Tesla display says: “My owner will be back soon. Don’t worry.” But to save law enforcement from false alarms, more handmade signs or a flashing Tesla screen might be needed, suggest Tesla owners.