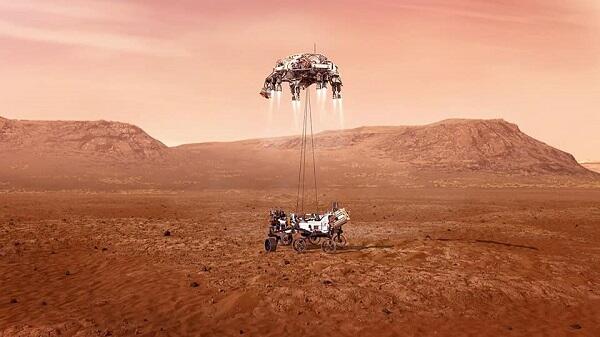 The US space agency's Perseverance rover looks to have retrieved a rock sample on Mars at the second attempt.

Axar.az reports that the robot's drill made a neat hole in a thick slab dubbed "Rochette".

New images appear to show a rock core was securely picked up. A previous attempt last month saw the sample crumble to dust.

If Perseverance has been successful this time, it would represent the first ever rock section collected on another planet intended for return to Earth.

The rover is tasked with gathering more than two dozen cores over the next year or so that will be fetched home by a joint US and European effort later this decade.