This is how Serbian fighters protected Aliyev's plane - Video 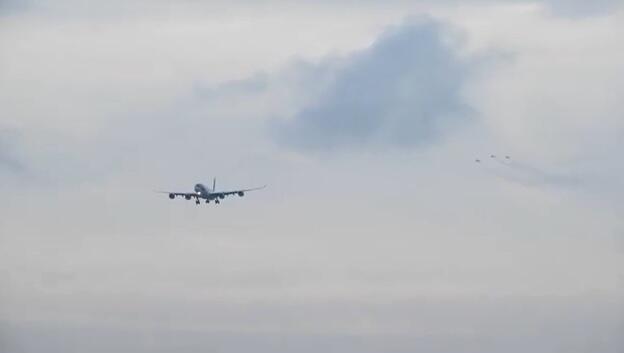 As we reported, yesterday President Ilham Aliyev visited Serbia. When the plane of the President of Azerbaijan entered the territory of Serbia, the MiGs took off and escorted Ilham Aliyev's plane to the landing.

Axar.az reports with reference to Yenipress.az that this special attitude of Serbian President Aleksandar Vucic towards the leader of Azerbaijan has attracted the attention of the European media.

It should be noted that this gesture of Vucic is one of the rare precedents in the world and is considered an indicator of a special attitude towards a guest.