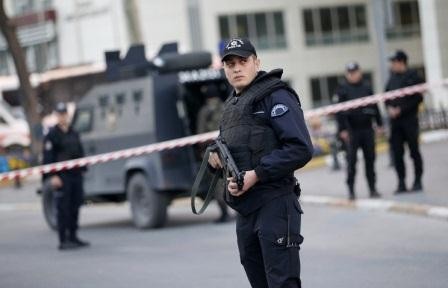 A temporary village guard has been martyred in an anti-terror operation against the PKK in the southeastern province of Siirt, security sources told Anadolu Agency on Thursday.

Another guard was injured in the operation against the terrorists in a rural area of the province.

Adil Kamel was killed in a gun battle with the terrorists and Refik Kamel was shot as the pair was reinforcing the operation against the PKK members who were attempting to flee the area.

Kamel was taken to Siirt State Hospital by helicopter.

The operation - including air support - is ongoing.

The PKK – listed as a terrorist organization by Turkey, the U.S. and EU – resumed its decades-old armed campaign last July against the Turkish state. More than 600 security personnel have since been martyred and more than 7,000 PKK terrorists killed.