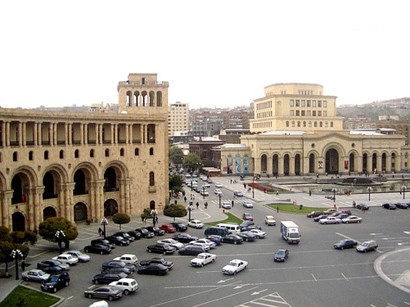 President of Armenia Serzh Sargsyan signed decrees on appointment of a number of ministers in the government, Armenian media reported.

Sargsyan kept the portfolios of some of the ministers, according to the president’s press service.

Ministers from the Armenian Revolutionary Federation-Dashnaksutyun kept their posts: David Lokyan Minister of Territorial Administration and Development, Levon Mkrtchyan Minister of Education and Science of Armenia.