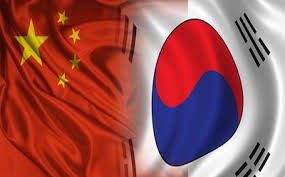 China said on Wednesday South Korea's coast guard should not have been operating in part of the sea where one of Seoul's patrol boats sank last week during an operation to crack down on a group of Chinese fishing boats.

The disputes are an irritant in relations between China and U.S. ally South Korea, even as their economic relations grow close and they share concerns about North Korea's nuclear weapons and missile programs.

South Korea's Ministry of Public Safety and Security, which oversees the coast guard, said one of its patrol boats sank last week during an anti-illegal fishing operation off the Korean peninsula's west coast.

Chinese Foreign Ministry spokesman Geng Shuang said where the incident happened was an area where, according to a bilateral fishing agreement, South Korean vessels should not be carrying out law enforcement operations.

China had lodged a protest with South Korea and demanded the country "calmly and rationally" handle the incident, Geng told a daily news briefing.

South Korea's coast guard said on Tuesday that its officers would be authorized to use firearms, including handguns and onboard cannon, against illegal Chinese fishing vessels if deemed threatening.

Chinese spokesman Geng said such actions would not resolve anything and could only worsen the problem.

Three Chinese fishermen were killed last month in a fire that broke out on their boat when a South Korean coast guard crew trying to apprehend them for illegal fishing threw flash grenades into a room in which they were hiding, according to a South Korean official.