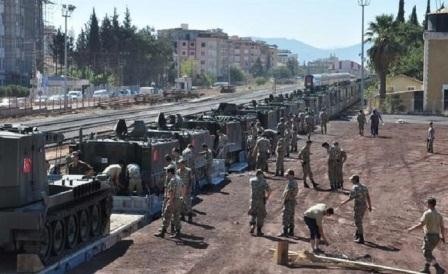 Turkey has sent its armed forces to the areas bordering Iraq.

Reportedly, additional forces will help prevent the crossing of members of the Kurdistan Workers’ Party (PKK) terrorist group from Iraq into Turkey.

Head of the Turkish General Staff, Army General Hulusi Akar also arrived in the province of Sirnak, bordering Iraq, to control the situation and military units.

The conflict between Turkey and the PKK, which demands the creation of an independent Kurdish state, has continued for more than 30 years and has claimed more than 40,000 lives.