An Iranian Navy flotilla in overseas mission in Baku 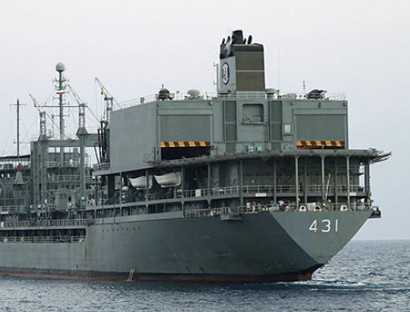 An Iranian Navy flotilla has left the country’s northern waters for an overseas mission to Baku, capital of Azerbaijan.

Iranian officials have said that the country’s navy is “the messenger of peace and friendship in the region”.

According to the Iranian media reports, Damavand destroyer, equipped with modern radar, electronic and reconnaissance systems, was delivered to the country’s naval forces stationed in Anzali in March 2015.

Iran has recently made major breakthroughs in its defense sector and attained self-sufficiency in producing important military equipment and systems.