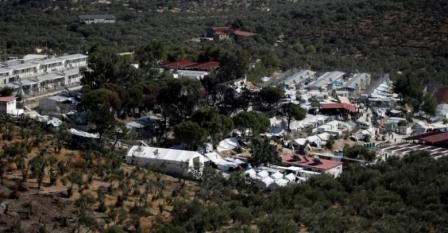 Asylum-seekers attacked the premises of the European Asylum Support Office (EASO) on the island of Lesbos on Monday, protesting against delays in dealing with asylum claims, Greek and EU authorities said.

About 70 people, most from Pakistan and Bangladesh, threw rocks and burning blankets at EASO containers inside the Moria migrant camp, damaging three of those, a Greek police spokesman for the island said.

"They burned our offices this morning ... The process will not resume for the time being," he said. "We have to evaluate security issues and in our view we need more presence of Greece police to be in place."

More than 15,000 asylum-seekers are living in overcrowded camps on Greek islands close to Turkey, stranded by a European deal with Ankara to seal the main route into the continent for a million refugees and migrants last year.

Asylum-seekers wait for weeks or months for their claims to be processed.

There are nearly 6,000 asylum-seekers on Lesbos alone, nearly double the capacity its two camps can handle. Violence and protests at the conditions there are frequent.