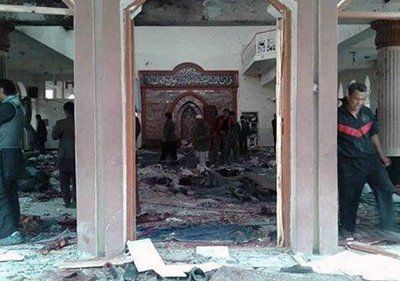 At least 27 people have been killed and dozens wounded in Monday's deadly suicide bombing at a Shia mosque in Char Qala in Kabul city.

According to police officials at least 35 people were wounded.

Early reports indicated that a suicide bomber detonated explosives during a Shia ceremony, known as Arbaeen, at the Baqir-ul-Olum mosque.

The Ulema Council confirmed the attack.

The Taliban has said it was not responsible for the attack.

Arbaeen, also known as Chehlum, commemorates the end of the 40-day mourning period after the killing of Imam Hussein, the Prophet Mohammad's grandson.